New research from Roy Morgan has revealed that despite being concerned about how their personal data is used, Australians lack understanding of how different apps use their data.

Over 90 per cent of the 967 people interviewed for the in-depth study said they are either ‘not sure’ or only ‘somewhat understand’ how several leading apps use and/or share their data.

Of the specific brands mentioned, Apple led the pack in terms of users being most confusing for users: 94.6 per cent of respondents using Apple apps said they are either ‘not sure’ or only ‘somewhat understand’ how Apple uses or shares their personal data.

94.3 per cent of Twitter users said they are either ‘not sure’ or only ‘somewhat understand’ how the social network uses or shares their personal data, followed by 94.0 per cent of Instagram users, 93.7 per cent of Snapchat users, 92.8 per cent of Messenger users, 91.9 per cent of Google users and 90.9 per cent of Facebook users.

Roy Morgan CEO Michele Levin noted that the Cambridge Analytica scandal has forced these companies to reckon with the lack of transparency into how users’ data is being used.

“The pressure on Facebook has yielded a result of sorts with Facebook launching worldwide advertising campaigns to argue they are doing something about the problems of ‘fake news’, ‘fake accounts’, ‘clickbait’, ‘spam’ and ‘data misuse’ – with the campaign ‘(Insert here) is not your friend’,” she said.

“It remains to be seen whether Facebook’s campaign to restore their image will be successful but what we do know is that the best way to get ahead of problems revolving around privacy concerns and issues of trust and distrust is to tap into the extensive Roy Morgan Single Source data based on in-depth face-to-face interviewing of over 1,000 Australians per week, and over 50,000 per year.” 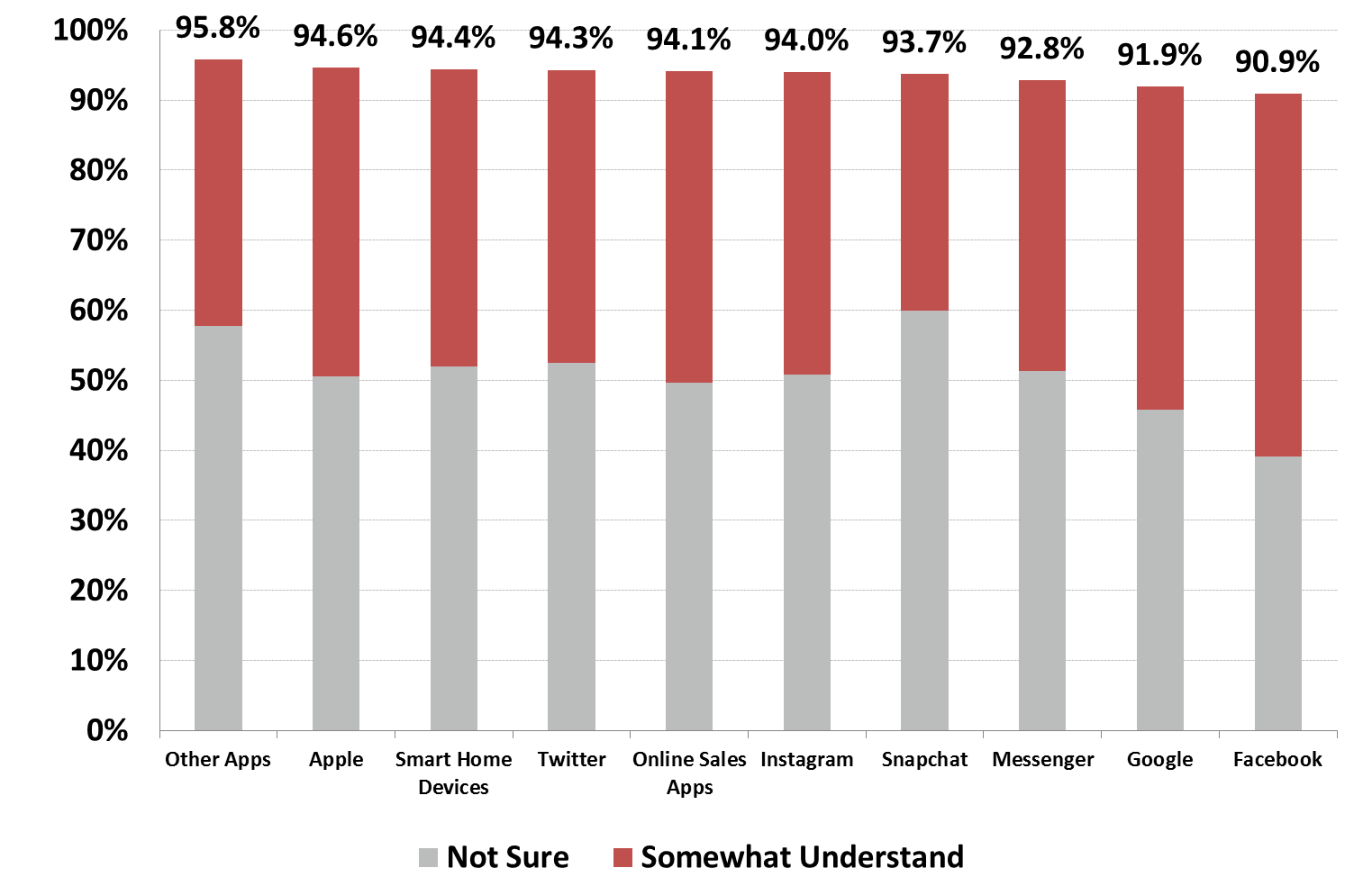